Dancing with the Stars 10

The tenth season of Dancing with the Stars premiered 22 March 2010.

Pamela Anderson returned to compete in the all-stars season and was the first celebrity to be eliminated.

Four colleges were featured in a tournament-style competition. Three individual episodes featured two colleges competing against each other in a one-dance showdown. The judges provided individual scores following each performance. 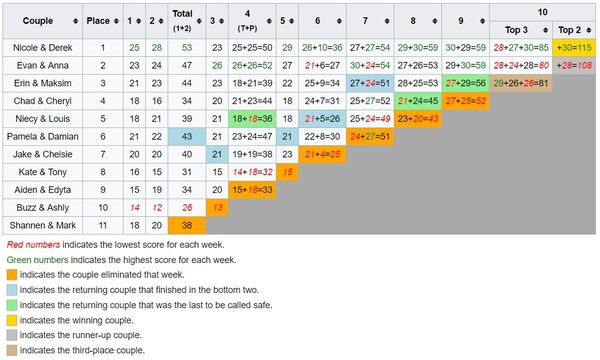 Pamela Anderson & Shannen Doherty are the only stars not to land on this list.

The Beach Boys with John Stamos - Medley for DWTS

Lilith Artist Sarah McLachlan On Dancing With The Stars