Dancing with the Stars 13

The thirteenth season of Dancing with the Stars premiered 19 September 2011.

Twelve couples competed this season, one more than on the previous season.

The celebrity cast was revealed during an episode of Bachelor Pad 28 August 2011. The twelve professionals were revealed 31 August 2011 during Good Morning America. Ryan O'Neal was planning to compete as a celebrity but did not feel he was up to it after a recent knee surgery. Carson Kressley stepped in to replace him. O'Neal hopes to compete in a future season.

From the start, controversy erupted over the inclusion of Chaz Bono, the child of famous parents Sonny and Cher. His appearance resulted in backlash from the conservative supporters of the show, who even threatened to boycott due to his transgender status. Despite the criticism, Bono has received strong support from the LGBT community. It was stated in LGBT Weekly that:

"Bono has become the transgender community's living symbol of hope, strength and defiance against vitriolic hate. When ABC Television announced that Bono would appear on DWTS, he faced vile slurs and death threats from a group of trans-phobic women and men".

The controversy did lead producers to hire extra security protection for his time on the show. 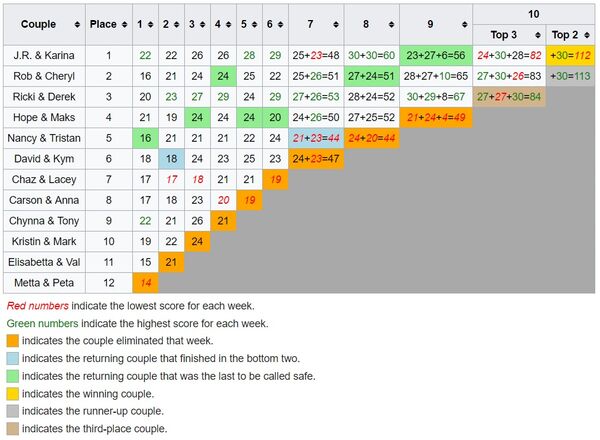 The celebrities to not land on the list are, Elisabetta Canalis, Kristin Cavallari, and Carson Kressley.